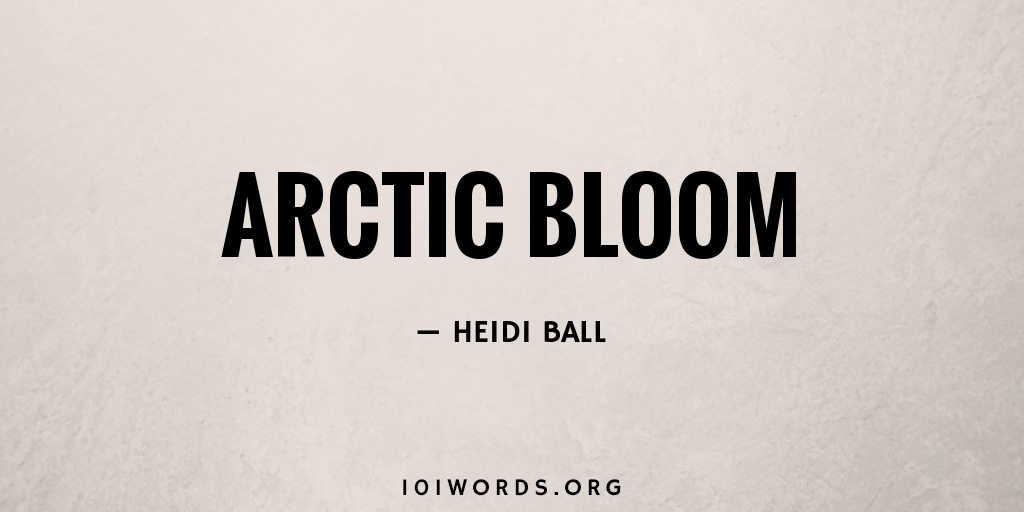 He sneezed. The sound echoed around the world. An ungainly tissue held against his bloated nose. His eyes streamed as he twisted the pill packet over again, unhelpfully empty.

He dreamed of igloos, of expanses of ice, of windless plains and pollenless living. He closed his eyes tightly, consuming the blank and vivid moment, until, at last, he felt some relief.

His daughter squeezed his hand, willing him to return with a jolt of laughter, as she pulled him down to drape her first daisy chain over his head. His sweetness, his light. His melting ice caps, his polar bear bite.