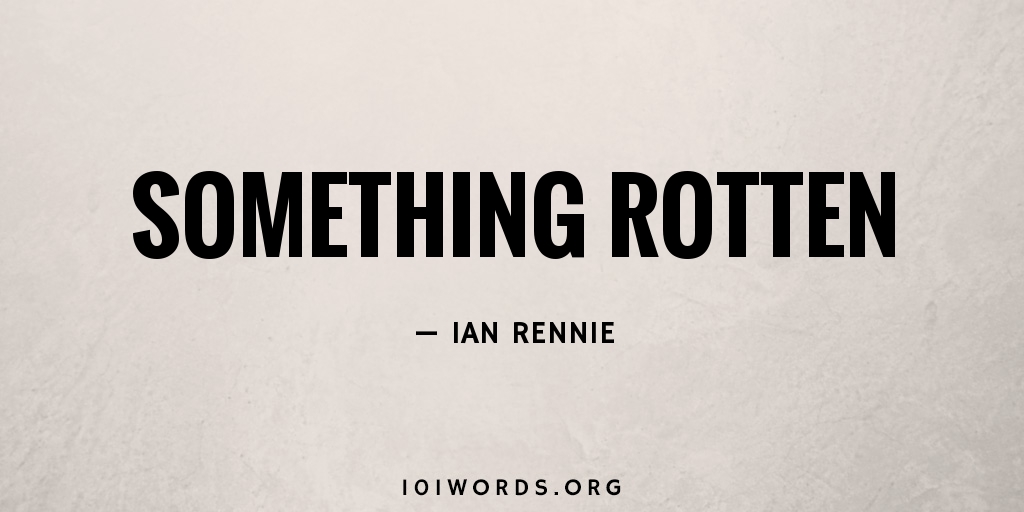 In a sepulchral whisper he told me he had been murdered by my uncle, who had designs on my mother.

I told him I knew.

I told him he was a worthless drunk who broke Mother’s arm a week before he died, that we had lived in fear of him, that the best thing Uncle Claude ever did for us was to kill him. I told him he would wander forever, unmourned.

Then I went and got drunk.

Through my morning hangover I’m glad of what I said. Though my head hurts something rotten.