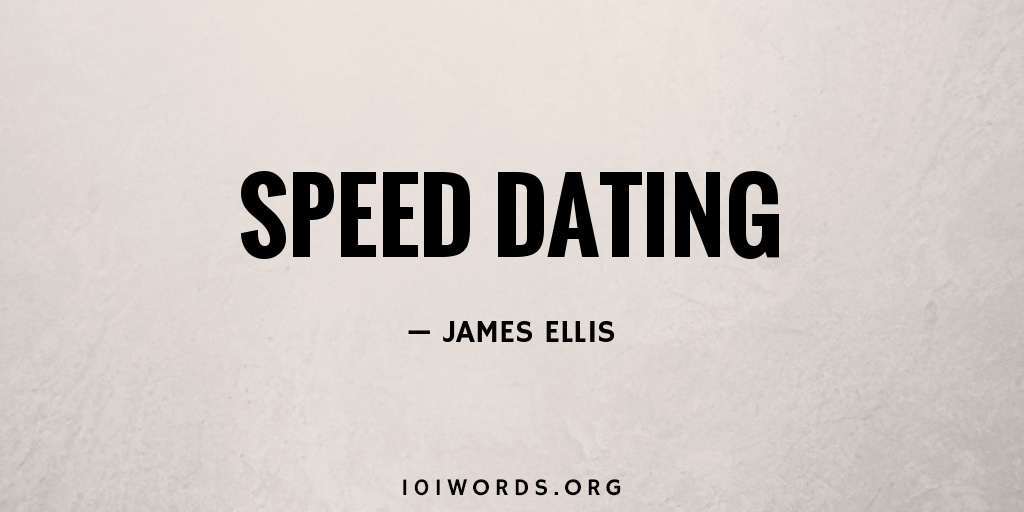 Margo from the speed dating agency called Mark and said three women he’d met the previous evening wanted to see him again. She referred to them by their allocated numbers: One, Three, and Seven.

The following week Mark was waiting for Seven when Margo called and asked if he would swap the meeting time for Seven with Three, and could One meet him before Three and after Seven, at two?

Mark’s brain fizzled so Margo suggested it would be simpler if he asked her out instead, which he did, demonstrating that in professional hands the art of romance is not dead.