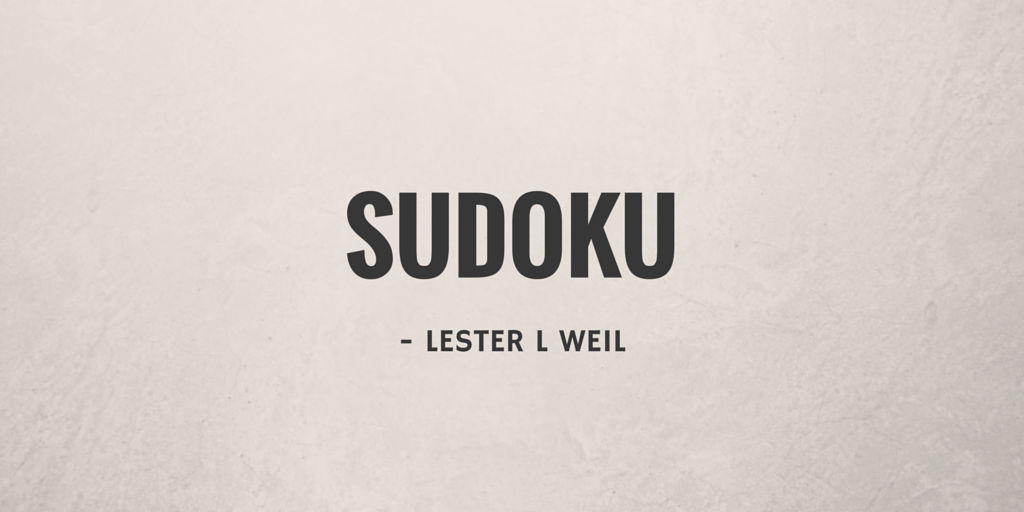 Sam stared at the Sudoku puzzle. This was his third failed attempt to solve this puzzle. The difficulty level was only ‘Intermediate’.

Four years ago he had routinely completed almost all the Sudoku puzzles with difficulty of ‘Evil’. Over the next three years, the number of puzzles solved become less and less until he had been forced to abandon ‘Evil” puzzles and downgrade to ‘Hard’.

This year he had been forced to switch to ‘Intermediate’ puzzles, which were now becoming more and more difficult to complete.

Thus did Sam measure his descent into dementia. God, how he hated that word.