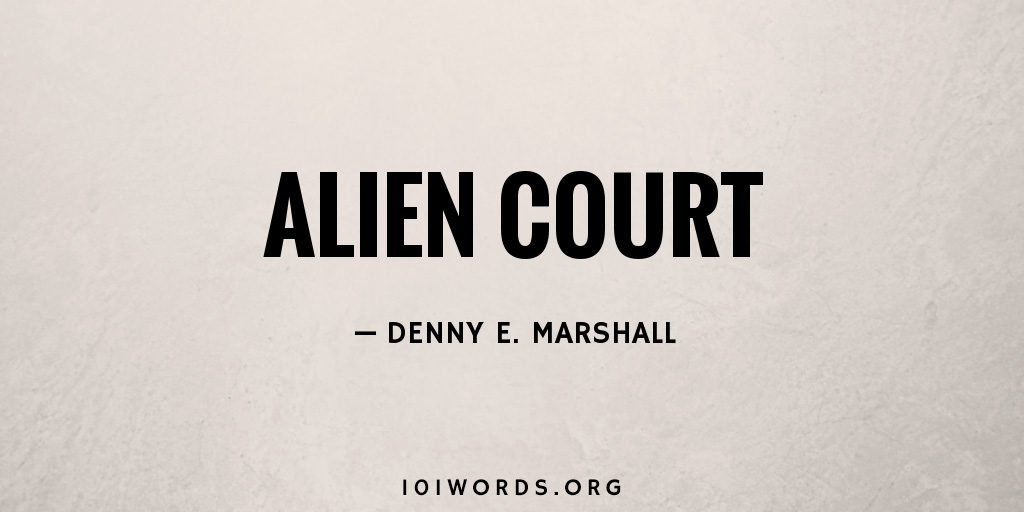 The alien is scheduled to appear on Judge Judy. The taping is today. The alien has only been on Earth a short while but still manages to get into legal problems.

The alien walks into the courtroom disguised as a duck. After Judge Judy hears both sides, she turns to the alien and says, “If it looks like a duck, and walks like a duck, it must be a duck.”

The alien zaps Judge Judy with a ray gun that beams the judge to a small town in Canada. Officer Byrd who is standing nearby adds, “Maybe it’s not a duck.”