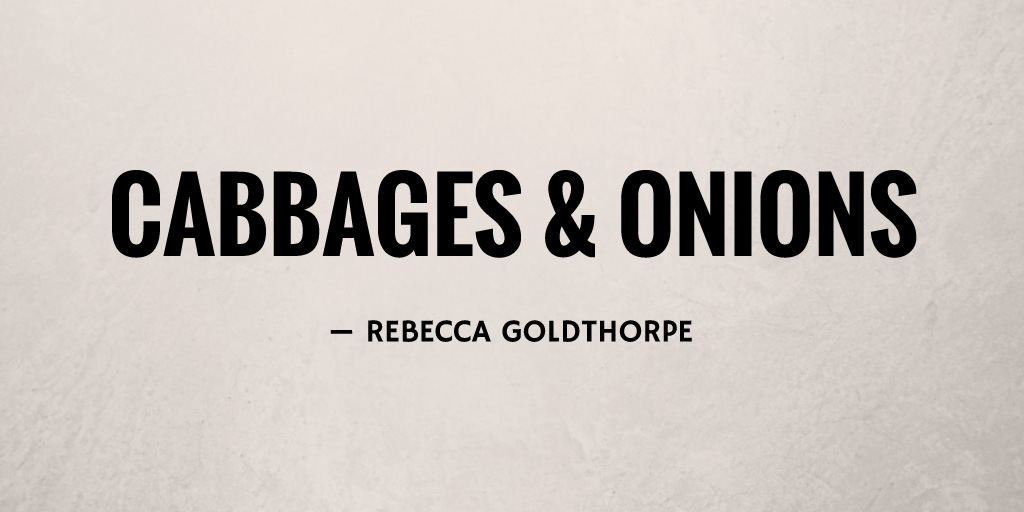 Ira stood tall, arched an aching back and surveyed his handiwork. Tired but satisfied, he dropped the spade and took another swig of whiskey. He’d earned it today.

He was known for his colossal cabbages at the annual show and had a cabinet full of shiny trophies, to show for it.

This year however, he knew the topic of conversation in the beer tent, would be his onions!

He hadn’t expected to bury his wife under them today. It never crossed his mind… until he hit her. It was unfortunate for both of them. She was dead and Ira couldn’t cook.