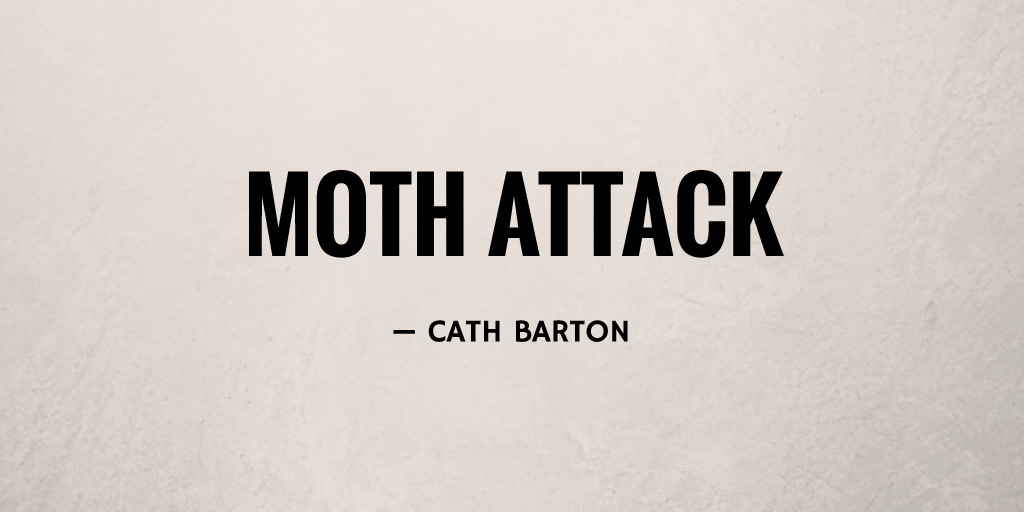 First, just a flutter in the corner of my eye as I switched on the light. I blinked it away, looked round, saw a black mark on the wall. I frowned, then realised there were more dotted round the room. Maybe four. No five. One shifted its wings. Whirled off when I approached.

The following night there were more. I caught one tiny panicky thing, released it to the cold. The next one moved too quickly, or was it me, clumsy? It escaped to an unreachable height.

Somewhere, moth eggs were hatching. It was a battle to the death. Their death.