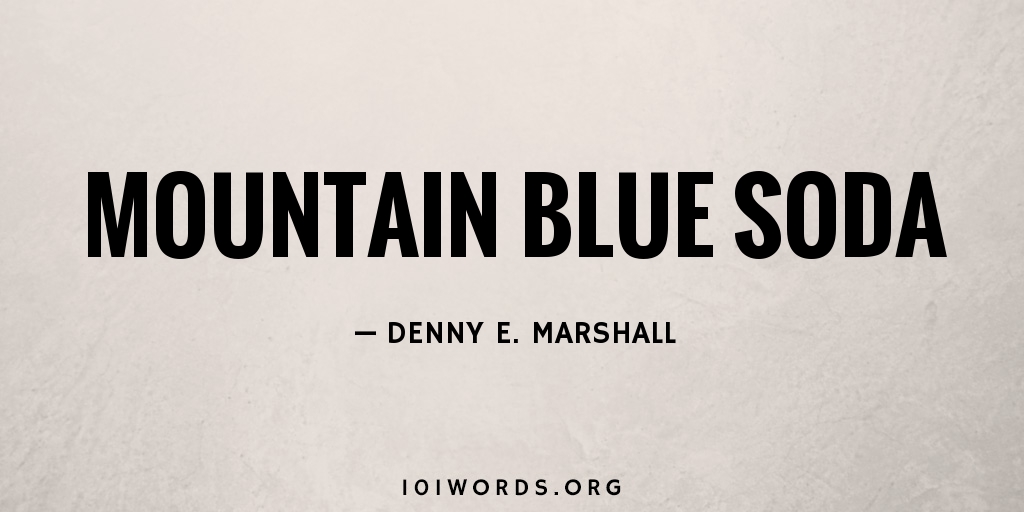 Gary sees two cans on the table, a Mountain Dew and another labeled Mountain Blue. The Mountain Blue can is blue instead of green. Gary picks up the can and can feel it’s heavier than normal.

He opens the can and peaks inside. It looks like dry beads. He pours the beads on the table until the can is empty. Before he can get a closer look or touch them, the beads scurry in all directions.

As they run off in all directions one of the aliens says, “Told you we should have disguised the ship as a beer can instead.”