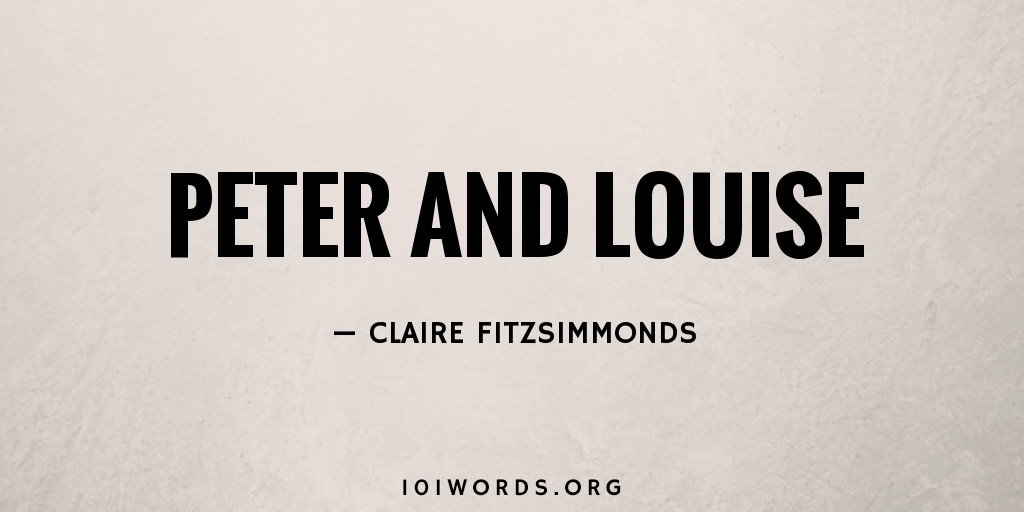 Peter was 45 when he married Louise. Pale-haired, half his age, dress seemingly formed of flower petals.

She promised not to nag him about his spinach intake. He’d hike mountains with her if she’d stay up late with him.

And twelve years isn’t long, not when they’re over.

Maybe love feels this short for everyone, those who first held hands 65 years ago and those who brushed thumbs yesterday. She laces her fingers through his.