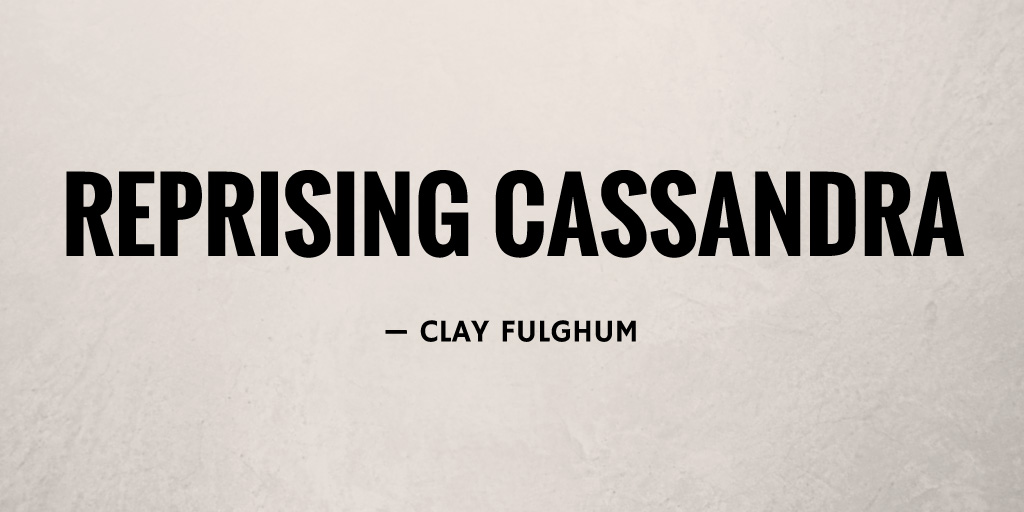 The pesticide guy, an ex-Marine, was checking for termites but wanted to talk. Djibouti had made him sick. It was the burn pits, where everything from chemicals to dead animals went up in flames. No IEDs, just black smoke, unremitting. When he came home, extremely ill, tests revealed exposure to deadly toxins.

“Be careful,” I said repeatedly. “Get a desk job fast.”

I thought: I’m like wailing Cassandra of old, who saw future disaster but no one listened.

And it was so. Off he went to breathe in poisonous pesticide daily. He had a family to take care of, after all.