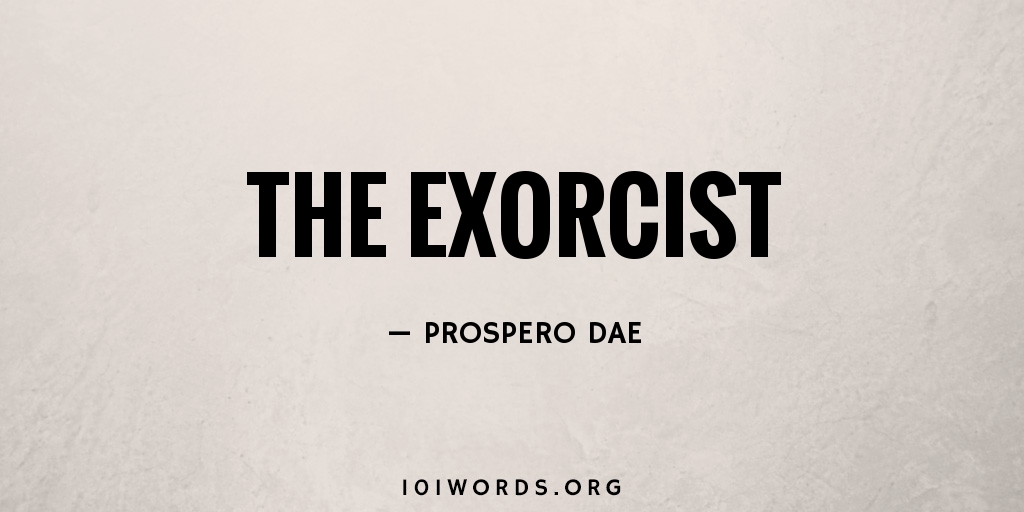 I gazed apprehensively out of the window as the cab arrived and he—tall, in a black overcoat—exited shakily, paid the driver, and stood motionless in the dull, misty glow of the streetlamp.

Once there, he began to recite incantations from a manual. The room was so cold that a cone of fog issued from his mouth. The arcanum of ritual was met with obscene groans and inhuman contortions. Sooty vomitus splattered across his face.

Later that morning, “Thanks for fixing the furnace, Dad.”