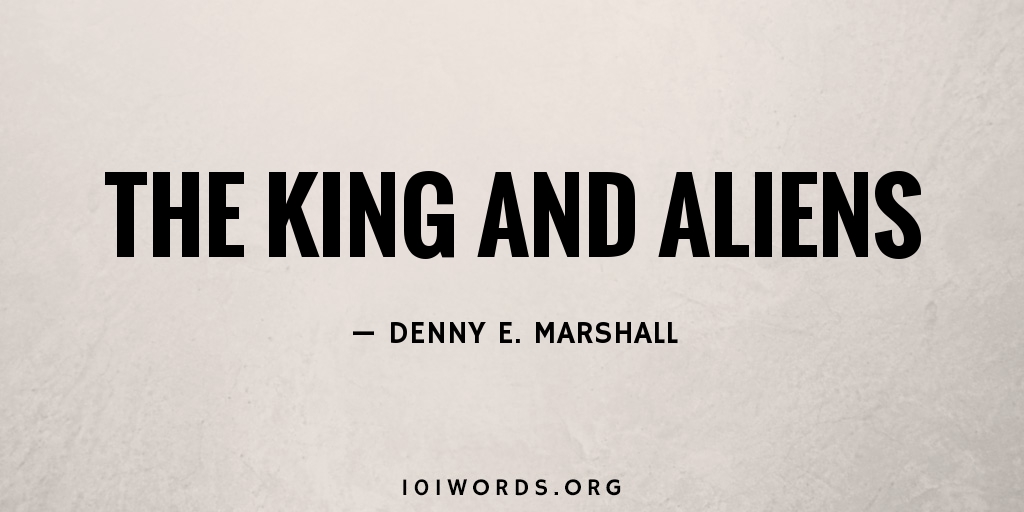 Aliens land outside the city and head straight for downtown. They resemble hamburgers, their favorite food.

They pass McDonald’s, Wendy’s, and other joints, and head for Burger King.

Upon completion of the large order, customers have scattered. Just gliding hamburger aliens and some scared employees remain.

Demands ring out—where is the leader?

The CEO is aggravated by the call. An irate group of customers in New Jersey have demanded that he fly down and speak to them immediately.

…They want to see the King.